The scientific concept and ideology of the journal is implemented by the editorial board. The members of the editorial board are the leading scientists, who present the universities and research centers of Irkutsk, Novosibirsk, Moscow, St. Petersburg, Ulan-Ude, Khabarovsk, Volgograd, Chita and other cities of our country. The members of the International Editorial Board are well-known scientists from Ukraine, Bulgaria, Poland, China, Estonia, Mongolia, Japan, Sweden, Belarus, Vietnam, Kyrgyzstan.

The first issue of the «Bulletin of Chita Polytechnic Institute» was published in 1995 by the publishing house of the Moscow State University under the scientific editorship of doctor of technical sciences, professor Victor Fedorovich Kuzin. It is symbolic that the issue was devoted to the blessed memory of the first vice-rector of the Chita Polytechnic Institute Yuriy Veniaminovich Kulagin.

The next two issues were also published by the publishing house of the Moscow State University, because our university did not have its own printing facilities in those days.

In 1997, with the appearance of the first printing machine in the publishing house of the university, the publishing of the journal had started in its own printing base. The journal was published in the copy-book version.

The appearance of thermo-book-cover apparatus had improved the journal design and gave the edition the book look. At first it was a small-format edition, and then it had become a large-format journal.

The edition was continuously improving, both in terms of inside and cover design.

The appearance of the full-color printing machine had greatly improved the design of the journal. At first only the book cover had become coloured, and then the whole illustrative journal.

The modern university periodic scientific edition includes not only articles, but also the materials reflecting the current scientific life of the university. Our journal has the following rubrics:

– «Work of dissertation councils of ZabGU»;

To introduce the author to the readers, we present his color photograph, research interests, publish the summaries of articles in the Russian and English languages.

Our journal has gained a wide popularity. The articles for publication come from almost all cities of Russia and abroad. Each article passes peer review by the members of the Editorial Board and on a competitive basis is presented for publication.

«Bulletin of ZabGU» is included in the list of leading peer-reviewed scientific journals and editions, in which the basic scientific results of the dissertation research for the degree of doctor and candidate of sciences in the following areas: earth sciences, political science, economic sciences should be published.

«Bulletin of ZabGU» is included in the Russian Science Citation Index (e-library). The journal is registered in the International bibliographic database: Ulrich’s Periodicals Directory; VINITI RAN.

For the beginners, making their first steps in science, a supplement to the journal «Bulletin of ZabGU» under the title «Postgraduate» is published. In 2006, the first issue was published.

Our joint efforts in the preparation and production of «Bulletin of ZabGU» are awarded with the following awards:

– at the exhibition-presentation «Chita Book 2006» − diploma for the contribution into the science of Transbaikalie;

– at the Far East Exhibition «Printing House» in 2007 − an honorary diploma of the contest «The best scientific publication» in the nomination «Periodical publication»;

– at the Far East Exhibition «Printing House» in 2008 − the diploma of the contest «The best scientific book» in the nomination «Periodical publication»;

– at the V International contest «University Book – 2010» − diploma in the nomination «The best periodical edition».

The journal «Postgraduate» is marked with the following awards:

– at the 13th Far Eastern Exhibition-Fair «Printing House-2009» − a silver medal in the contest «The best scientific book» in the nomination «The best periodical publication»;

– at the VII International contest «University Book – 2015» − a diploma in the nomination «The best periodical edition». 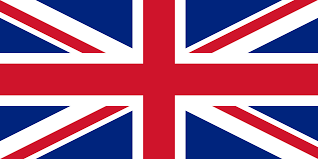